Arrested or Received a Citation for Misdemeanor Charges in St. Louis?

Have You Been Arrested or Charged for Misdemeanor?

If You Are Facing Misdemeanor Charges In St. Louis, Trust The Legal Team At Rose Legal Services to Help Get Your Life Back On Track as Soon as Possible.

You need an experienced St. Louis misdemeanor defense lawyer who will advocate for your rights and fight for the best possible outcome in your case. Although less severe than a felony, a misdemeanor shouldn’t be taken lightly. A conviction could lead to harsh penalties, jail time, and a criminal record that could affect you for the rest of your life. 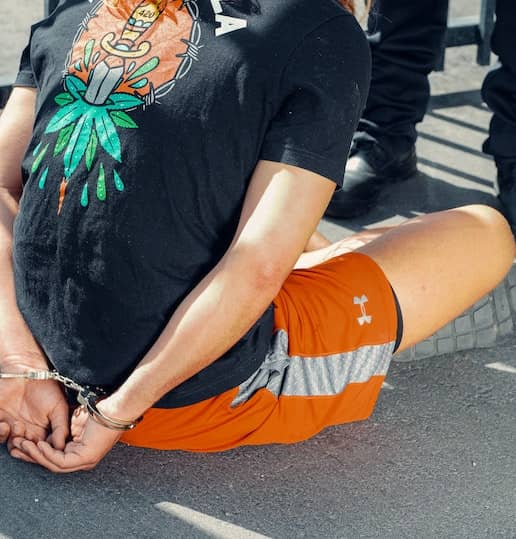 In Missouri, there are four classes of misdemeanors:

Some of the most common misdemeanor charges include but are not limited to:

Missouri takes DWIs very seriously, and a conviction can follow you for many years. DWI is operating a motor vehicle in an intoxicated or drugged condition, i.e., while under the influence of alcohol, a controlled substance, or drug, or any combination thereof. Under Missouri law, a person is presumed to be in an intoxicated condition if such person’s blood-alcohol content is 0.08% or more by weight.

If this is your first time being charged with a DWI, the crime may be classified as a Class B misdemeanor. However, a first-time DWI may be considered a Class A misdemeanor if you have a prior conviction or someone under the age of 17 was in the vehicle at the time of the arrest.

Missouri has some of the most stringent laws when it comes to drug offenses. Pleading guilty can have long-term consequences, including difficulty obtaining employment or securing housing.

If you’re caught stealing items worth less than $750, the crime may be considered a Class A misdemeanor. However, if the value of the items is $750 or more, the State may file a felony charge against you.

Assault in the 4th Degree

Assault in the 4th Degree is often classified as a Class A misdemeanor. To convict you of this offense, the prosecutor must prove beyond a reasonable doubt that:

Driving With a Suspended or Revoked License

In Missouri, drivers are expected to obey all traffic laws, follow the speed limit, and not operate a vehicle in a way that puts other people and property in danger. If you’re charged with Careless & Imprudent Driving, it can be classified as a Class B misdemeanor. If an accident was involved, the crime can be bumped up to a Class A misdemeanor.

The penalty for a misdemeanor will depend on its class:

Fines can be higher if you profited off of the crime in some way, such as gaining money or property. In this case, fines can be up to double the amount that you gained.

Prior convictions can bump the crime into a higher misdemeanor class, which will mean more severe penalties and higher fines.

Some crimes that are generally classified as misdemeanors can be treated as felonies if they are considered hate crimes.

What to Do After Being Charged With a Misdemeanor in St. Louis

If you are charged, arrested, or receive a citation for a misdemeanor in St. Louis, contact a lawyer immediately. An experienced misdemeanor defense lawyer can help you find the best course of action to take in your case and fight to have the charges reduced.

Find The Best St. Louis Criminal Defense Attorney For You

Look for an attorney that takes your future as seriously as YOU DO. Experienced in a range of criminal defense cases, including stealing, property damage, and assault — Rose Legal Services will work hard to get rid of your criminal record. Let’s start your case off with a free consultation, take the time to thoroughly review and inspect your case, and prepare a solid representation.

If you’re a first offender that’s been wrongfully accused or made a mistake… Take legal action today. Rose Legal Services exclusively defends clients against criminal charges in St. Louis and surrounding areas. With nearly 20 years of experience, rest assured we will work tirelessly & aggressively to defend you in the court of law.

Hire a St. Louis Criminal Defense Attorney as soon as possible to help secure your future. If you’ve made a mistake, we can help get you off the hook as fast as possible — Start planning your defense today with a free consultation.

Do you need a lawyer for a misdemeanor?

Yes. A misdemeanor may not be as serious as a felony, but you can still face harsh penalties and time in jail.

A conviction can make it harder to secure employment or even rent an apartment. A lawyer will work to get your misdemeanor charges reduced to a lesser offense that may not even show up on your record.

Do misdemeanors ruin your life?

Let’s hope not, but any criminal charge, even a misdemeanor, can have long-term consequences that are often unforeseen. A misdemeanor conviction will stay on your record for the rest of your life unless you can successfully have it expunged.

Most employers perform background checks on potential employees, and having a record can make it more difficult to secure a good-paying job.

In addition to employment difficulties, a misdemeanor conviction can also:

Are judges lenient on first-time offenders?

Sometimes, but not always. Ultimately, it will come down to whether you have a criminal history, if there was intent to harm, or if violence was involved. Still, being a first-time offender doesn’t guarantee that the judge will be lenient.

If you have been charged with a misdemeanor in St. Louis, don’t bet your future on a chance that the judge may be lenient. A lawyer will build a solid defense for your case and work hard to get the charges reduced.

The State accused me of 3 felonies that someone else committed. I hired Scott, and he got the charges dismissed!

Scott, have helped me throughout this whole process mentally. You are really amazing – I thank you so much for helping me!

Mr. Rose really helped me out with a difficult situation. He was great to work with and worked hard to get me a good outcome. I would definitely recommend him to others.